When the previous governor was in office, there had been talks and pilot programs of giving behavioral health
funds to the Medicaid Health Plans. Many people were very opposed to this because it would privatize the very
effective public mental health system in the state. This, after four years, was defeated with Whitmer’s 2020 budget
legislation.

The Michigan Department of Health and Human Services released their report with their idea of how to fill the
vacuum. However, the difficulty with this, Gebhard said, from the outset are two things.

“One, it’s very ill defined, it’s very vague right now as to what their intentions are and their timeline is extremely
aggressive,” she said. “Director Gordon is looking to implement this, effective October of 2022. So, that’s two and
a half years to completely transform and redesign the behavioral health system in Michigan. So that has some
serious implications to it.”

Currently, people with serious and persistent mental illness, intellectual and developmental disabilities, and
children with severe emotional disturbances, are served by the Community Mental Health system and the prepaid
inpatient health plans. These are the entities that contract with the state for funding through Medicaid. Other
patients with mild to moderate issues are served by the Medicaid Health Plan.

The idea that has been proposed is to integrate the two funding streams into one. However, there is evidence in
what other states have been doing that shows this might not be a good idea. The real focus should be on the local
entities who are working to improve the services for those in the community who need the mental and physical
health services.

“This is the legislature’s attempt to distance itself from the risk of providing services to that very vulnerable
population,” said Gebhard. “So, at the end of the day, you might be asking yourselves what’s this got to do with
the counties? How do you factor into this, because the county contribution, as a percentage of the budget, is
relatively small anymore.”

The community mental health system is mostly funded through Medicaid and there are very few local dollars that
go into the program.

The local funding from the communities helps to keep the safety net of services provided by community mental
health in place, such as community awareness and programming, community health and wellness, community
collaboration in training and consultation, and keeping other, local relationships available. The state’s funding to
community mental health and the funding from Medicaid does not cover the cost of providing the services, which
is where the local contributions come into play.

The funding the entity receives from the state’s general fund, around $2 million, also goes to help provide crisis
services to anyone in the community who may need them, not just those with mental health problems.

This information about the funding and the changes being made has been presented to the Michigan Association
of Counties, so that entity is aware of how counties will be impacted. Gordon also presented to that same entity
on health and human services and the funding, which was marginally well received by the group.

The plan being presented by the state doesn’t give a lot of detail, so local entities who treat the patients with the
behavioral and mental health issues are left with lots of questions. The Department of Health and Human Services
had been having public forums to gain input, to come up with a more detailed plan and was expected to come out
with a more detailed plan by the end of March.

“This is a work in progress,” said Gebhard. “The administration has asked for $5 million in the budget this year to
form a transformation office.”

This means the Department of Health and Human Services is looking to hire people to help define what the
transformation would look like.

Gebhard said she believes the department, under Gordon, recognizes the strengths of the local community mental
health entities, but she disagrees with the notion that the system used to service patients is broken. There have
been studies done in the state which have shown largely that those being treated by entities such as North
Country Community Mental Health’s needs are being met.

“I just think it’s really important that we have to take this whole system into context as we start defining what a
new system might look like,” she said. “I don’t believe in throwing the baby out with the bathwater. Are there
things that could be fixed and improved upon? Absolutely. That’s true in any organization and certainly in any
bureaucracy, there’s room for improvement. But these are the most vulnerable citizens that we serve and some of
the most costly citizens that we serve, and we need to be very careful about how we go about changing structure
to meet their needs.”

Gebhard wanted this matter to be on the commissioners’ radar and promised to keep them updated as more
information becomes available. She appreciates the continued support of the commissioners to continue to meet
the needs of those in the community who need the services.

Earlier in the year, the county had supported the Stepping Up Initiative, to help try to keep those with behavioral
and mental health issues out of the legal system, and getting the help they need from community mental health.

There has been a lot of issues in the past with people having to overcome the stigma associated with behavioral
and mental health issues, in order to get the services they need. The entities offering these services have also,
repeatedly, run into issues regarding how to get the appropriate amount of funding needed to continue to offer
help to patients. 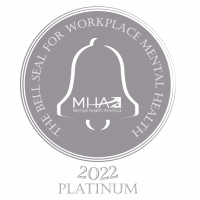